Home Animals A soccer fan dog decides to interrupt a match for a short...

There are very strict rules in soccer, regarding the players and those who come into the field and try to interrupt the game. However, the same rules seem not to apply to Roberto, a loveable dog who found himself surrounded by soccer players when he decided to show off and strolled down in the field. 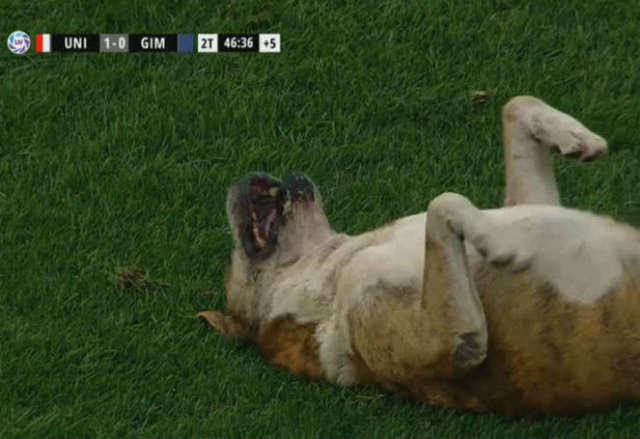 During the game between Union De Santa Fe and Gimnasia in Argentina, Roberto decided that he must walk into the field and enjoy a quick roll on the grass , just because. Soon after, all the players gathered around him and started to pet him. The dog was the happiest and the players seem to enjoy his presence there.

This experience of course did not last for a long time, the dog was escorted out ,however, the judge recognized that the action was much needed. The audience seem to have loved the “performance” and seem to agree with the judge’s statement. 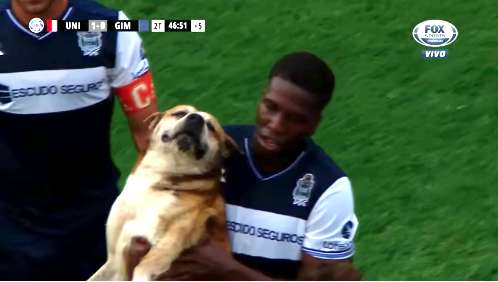 The home team, or Robertos team, Union De Santa Fe up before his presence in the field were winning 1-0 but after the presence of the dog it seems that they scored more. The opposition coach jokingly stated that it seems that the dog was sent in for a purpose, to bring some advice to the players.

Roberto loves his soccer team, and the dog is considered to be the teams’ dog. The team members take care of him like it was their own!