Home Animals Choosing between girlfriend and the dog

It is known that dogs are men’s best friends. If anything or anyone comes between the two then it wouldn’t be an easy situation.

When the girlfriend gave this man the ultimatum to choose between her and the dog, he was taken back. 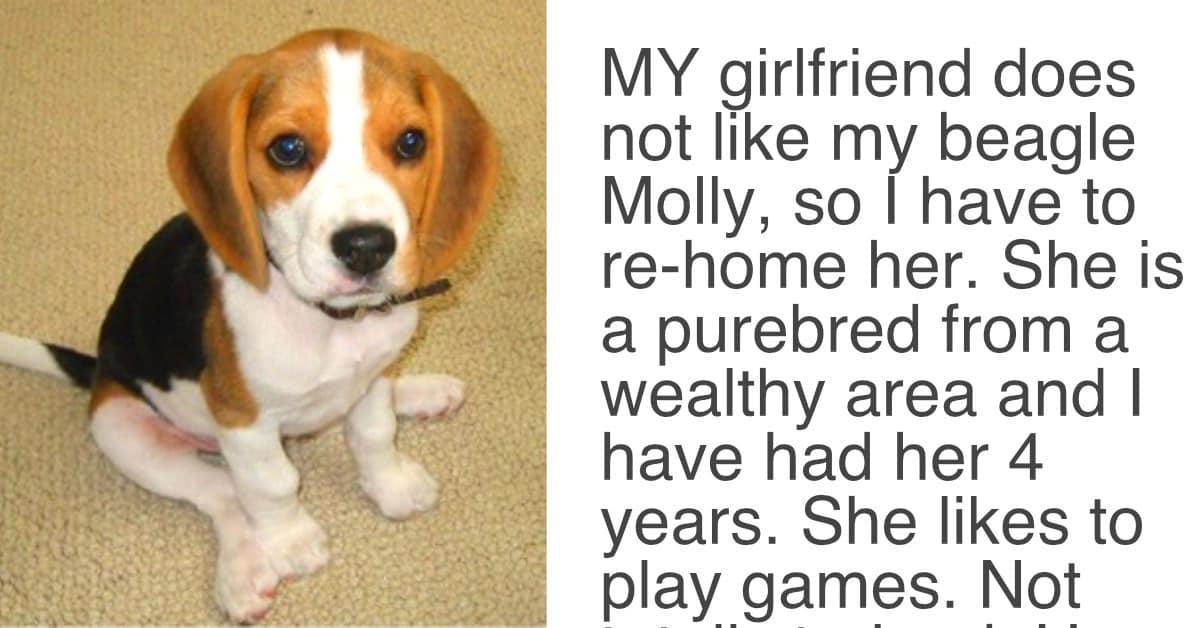 The couple have been dating for four years and were ready to move in together when this thing happened between them. He had to decide between the two and this actually hit him immediately. This made him make this post in Craiglist: 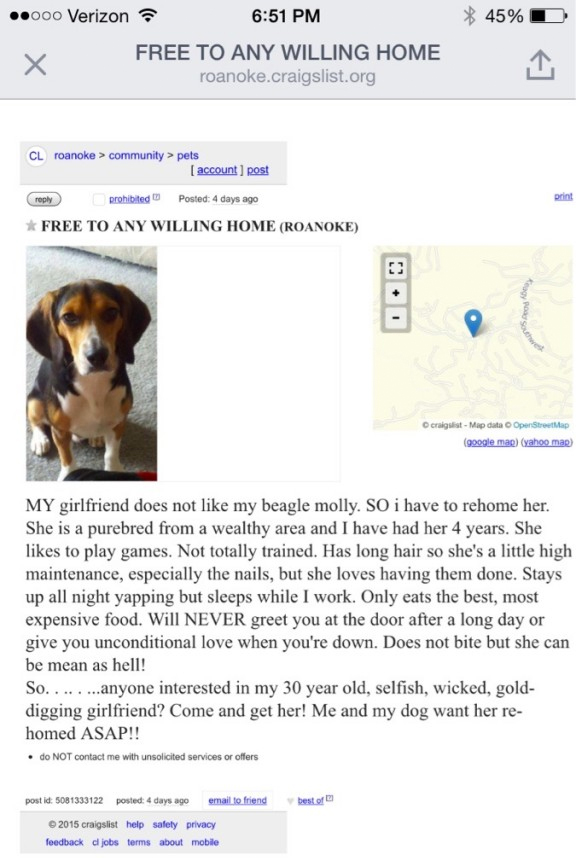 “MY girlfriend does not like my beagle Molly. SO I have to rehome her. She is a purebred from a wealthy area and I have had her 4 years. She likes to play games. Not totally trained. Has long hair so she’s a little high maintenance, especially the nails, but she loves having them done. Stays up all night yapping but sleeps while I work. Only eats the best, most expensive food. Will NEVER greet you at the door after a long day or give you unconditional love when you’re down. Does not bite but she can be mean as hell!

So… anyone interested in my 30 year old, selfish, wicked, gold-digging girlfriend? Come and get her! Me and my dog want her re-homed ASAP!”