Recently, a pair of runners were competing against each other; needless to say, they thought that there would be no one else joining them on that race. They were clearly wrong!

An adorable creature decided to join them and make them both run for their money- quite literally.

The event reportedly took place in Chile on their National Athletic competitions last year. Not long after the starting gun went off for the 400-meter dash event, a dog decided to join in on the race with the two sprinter who were competing against one another. 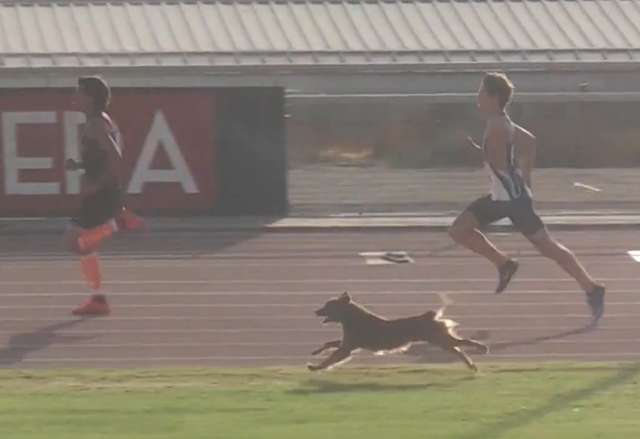 We have no idea where the puppy came from and whether it belonged to someone. We also don’t know whether he had been preparing for that run for a while. What we do know however is that he aced that race and blew the runners away. We’re surprised the other two even went on with the race and could keep a straight face on.

Most probably, because he wasn’t an official runner that day, the record books won’t show him as the winner of that race. The witnesses who happened to be there that day however, and perhaps the runners would disagree for they know in their hearts who the true winner is!