Home Animals Dog desperately attempts to catch squirrel who is too quick for this...

The story that you are about to read will bring you all back to your childhood when you sat in front of the TV watching Tom&Jerry cartoons. Perhaps the reason you liked them so much had to do with the fact that Jerry seemed to outsmart Tom every time, and manage to get out of sticky situations magically. At least this is why I watched it.

This video is the real-life materialization of that cartoon scenario, with one exception. In this case, the protagonists don’t involve a cat and a mouse but rather a dog and a squirrel. Yes, you read that right! 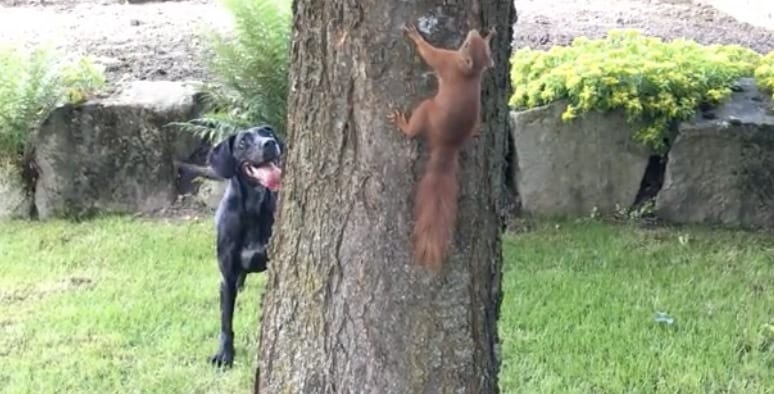 And here I was, thinking that such scenarios happen only in cartoons. The smart red squirrel seems to drain the poor little dog’s energy, making him run in circles constantly. The squirrel even changes directions from time to time, teasing the poor dog who no matter how hard he tries, seems like he is never going to catch his fast friend.

This scenario is a known fact. Many dogs love to chase squirrels. This one however is particularly funny because the dog is persisting in completing his mission even though he clearly doesn’t have what it takes to win. 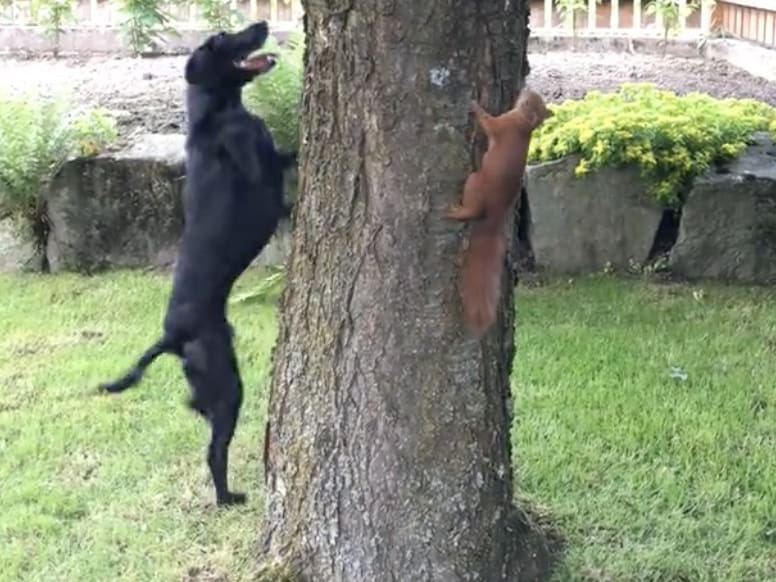 You can even hear the dog’s owner laughing behind the camera as she witness her dog’s determination to catch the furry thing.

Instead of getting frustrated however, the dog continues the chase with a big smile on his face. This video is so adorable, it never gets boring even if you are to play it on repeat.