Hold up everyone, looks like we have found ourselves a winner for the cutest Halloween costume trophy. Keki, a cute Hungarian breed dog known for its thick and unique coat has been the quote of the day ever since his images attending a pet “paw-rade” in Covington, Kentucky emerged online.

Though it wasn’t a costume parade or competition per se, Keki’s poses as the mop in a bucket grabbed the attention of the attendees as well as stole thousands of hearts in social media including Facebook, Twitter, and Instagram.

this is the greatest thing in the world right now kill dana i am serious pic.twitter.com/0cENz7FyMs

A user stated the following “whoa, I want to hang out with this dog and tell him cute things”.

i wish to clean
ur messy floor
i am not dog
i'm mop for sure pic.twitter.com/quxqimYggb

One user was so stunned that she even came up with a poem for Keki. 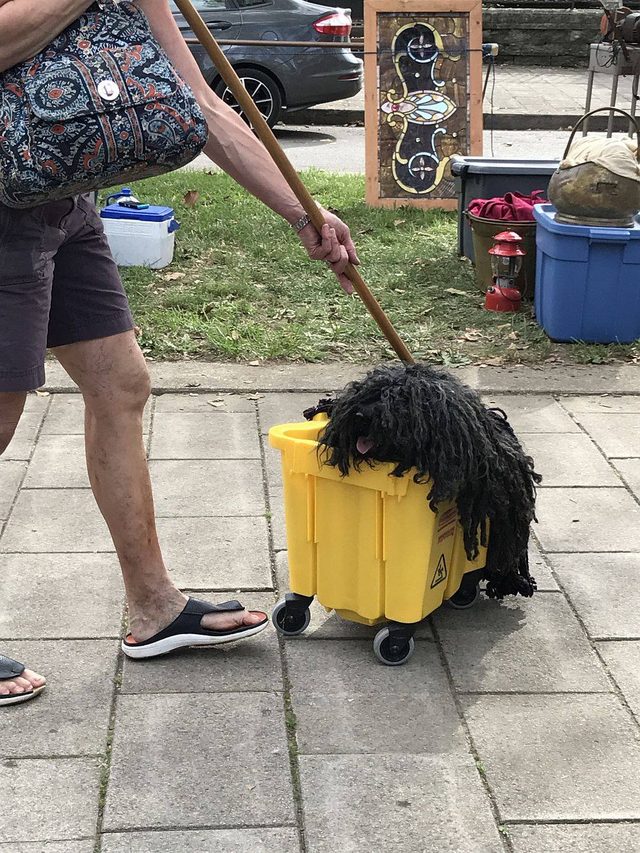