Come on, admit it. Whenever you are in the shower, you transform into this amazing singer, capable of reaching high notes that you didn’t even know you could! Such is also the case with this man who clearly thinks his voice in the shower is one of a kind. His dog however, the German Shepherd, Maximus could not agree less. Sure, he likes to stay with his owner in the bathroom while the latter is showering just as a means to prove loyalty, but he does NOT like the voice of the man for sure. How do we know this? Well, let’s just take a look at Maximus’ reaction. 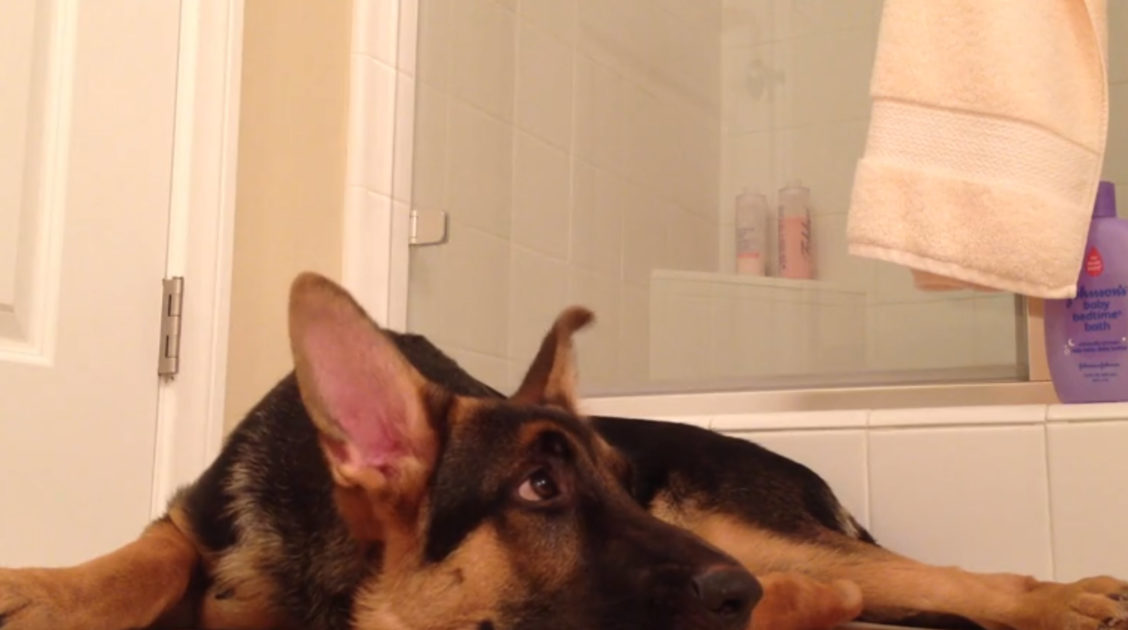 It took the owner a while to figure out that Maximus was complaining but once he did, he made sure to catch it on camera. So one day, with the camera set up, he decided to sing “Trolololo” by Eduard Khil, which if you are not aware already, is one of the greatest shower songs. 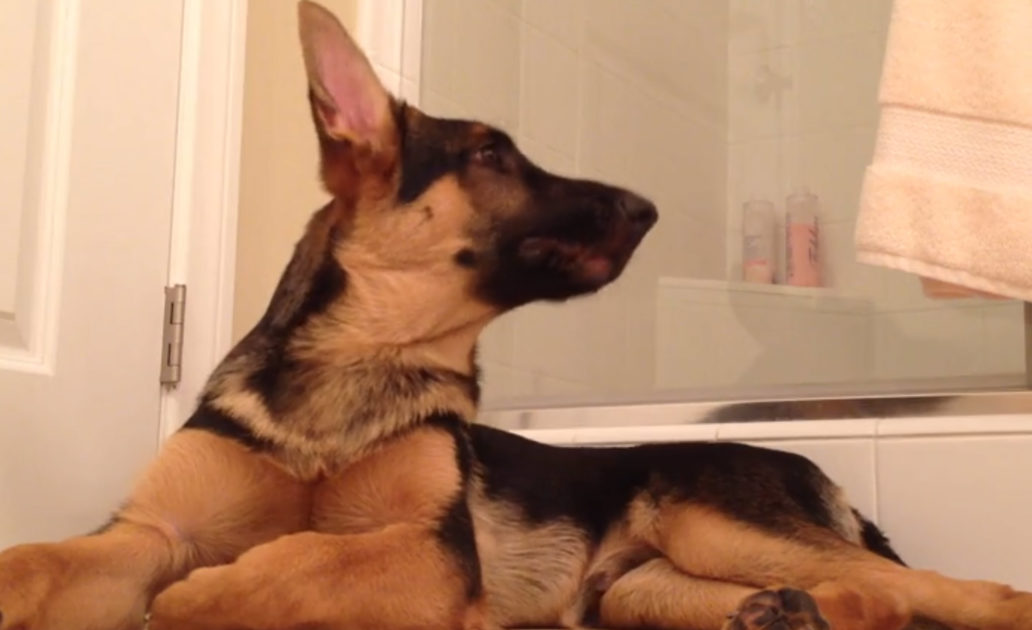 While the dog breed was created initially to herd other animals, they are also apparently great music critics. Plus, jokes aside, German Shepherds are known for their intelligence and wit, so if one of them gives you signals that you should stop singing, you should probably believe them.

Maximus for example immediately begs for the owner to stop singing (either that or he is correcting the notes). Given that a dog’s sense of hearing is super sensitive, we can’t blame Maximus for feeling this way.