We know either by personal experience or stories we have heard that humans are usually moved by music, occasionally to tears too! It so happens that elephants are very emotional creatures as well. So when Paul Barton plays the piano for an elephant, you can tell how moved she is.

Paul Barton, a concert pianist, needed a new adventure so in 1996 he moved to Thailand to teach at the Thai Piano School.

He first saw this as an interesting opportunity to spend three months in Asia. However, having met his then future wife, he decided to stay on. Now, eighteen years later after having been married, Barton explains how his wife has always shown interest in animal conservation and activism.

It was the meeting with his wife which got Paul thinking about abused animals in Thailand. 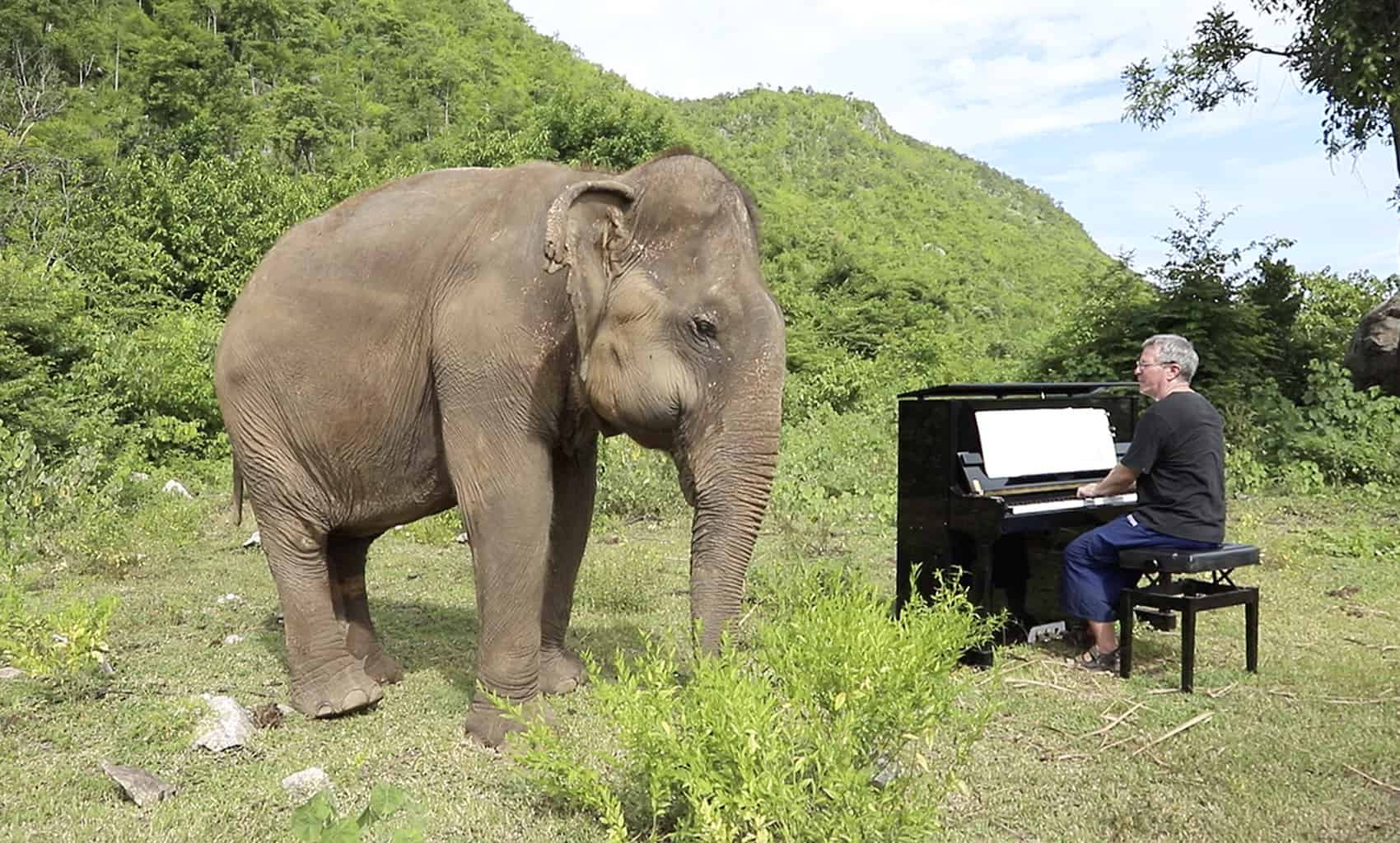 Because Thai teak wood is considered to be the finest in the world, Thailand experienced heavy deforestation from 1975 to 1986. Based on the high rate of deforestation, the government placed a ban on timber logging in 1989.

Needless to say, wildlife was destroyed during those years and many animals were left homeless. Elephants were also used for another cruel purpose. Given their size and strength, they were made to carry heavy logs through jungles. Twigs and tree branches scratched their eyes and would make their body bloody. When the ban was put forward, elephants were no longer needed by timber loggers. Abused animals suffered for years to come. 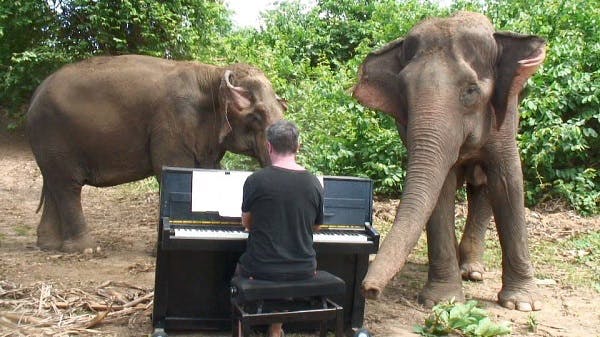 Paul was moved by this story, and so decided to create the Music for Elephants project. He noticed that whenever he played music to blind, orphaned, or injured elephants, he observed amazing results. At the Elephants World sanctuary in River Kwai, Thailand, Barton plays classical music to a great audience of elephants. 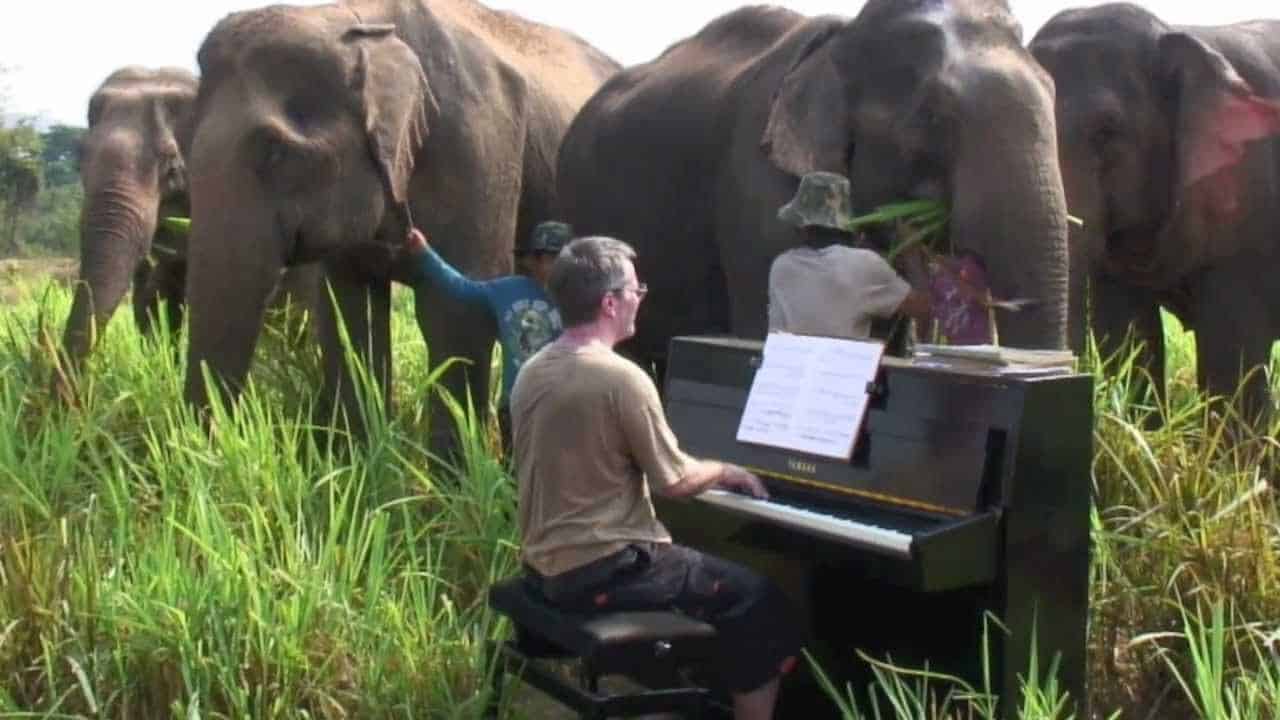 In the video below, Paul plays “Claire de Lune” by Debussy to an 80-year-old elephant named Ampan who is blind in one eye and struggles to see with the other. Hearing Paul play however, she feels like everything in the world is okay again.