We have occasionally come through videos on internet showing pit bulls as aggressive animals, causing harm to humans, and often dehumanizing them.

To combat this stigma put upon these sweet creatures, Nina Wahl posted a video of her sweet niece, Taysley Rose while she attempts to talk and take control of the situation with six pit bulls. 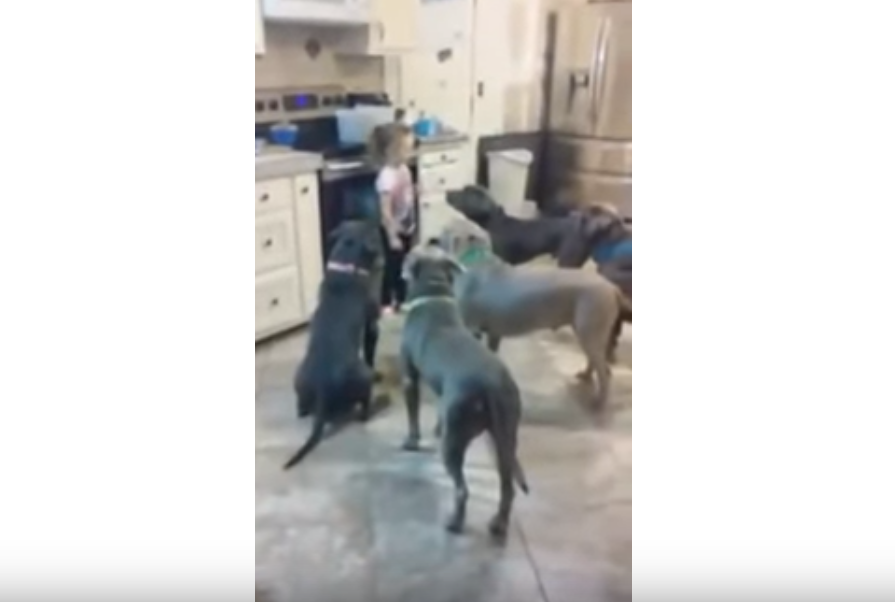 It is understandable how come the video went viral; the child is showing bossy behavior towards the animals and all of this is tenfold cuter when we think that she is only 4. However, concerns have been raised from activist groups complaining about the video and animal rights. 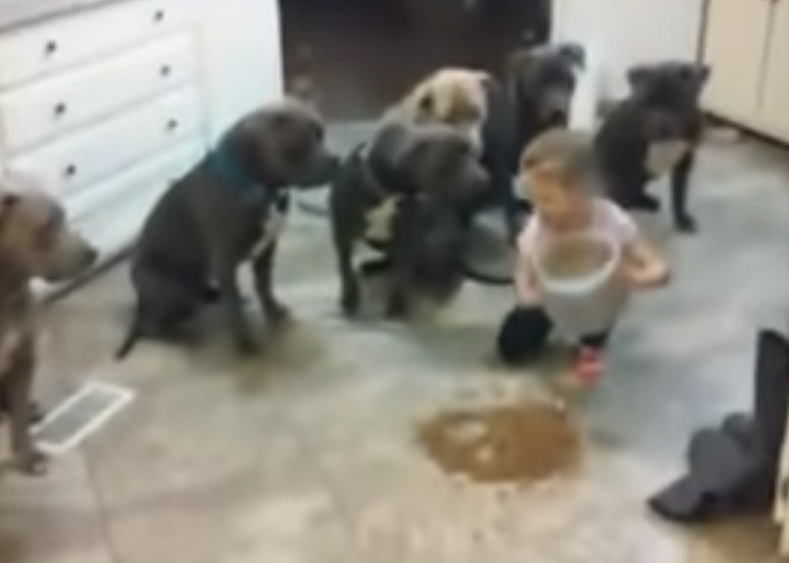 In the video nonetheless, we witness the complete opposite. The girl disciplines the dogs; she tells them she will pour down the food on their bowls and they are not to touch it before the count of three. She afterwards gives them the “OK” to go ahead and stuff their faces.

The disciplined dogs are able to resist the food despite it smelling so good right in front of them. 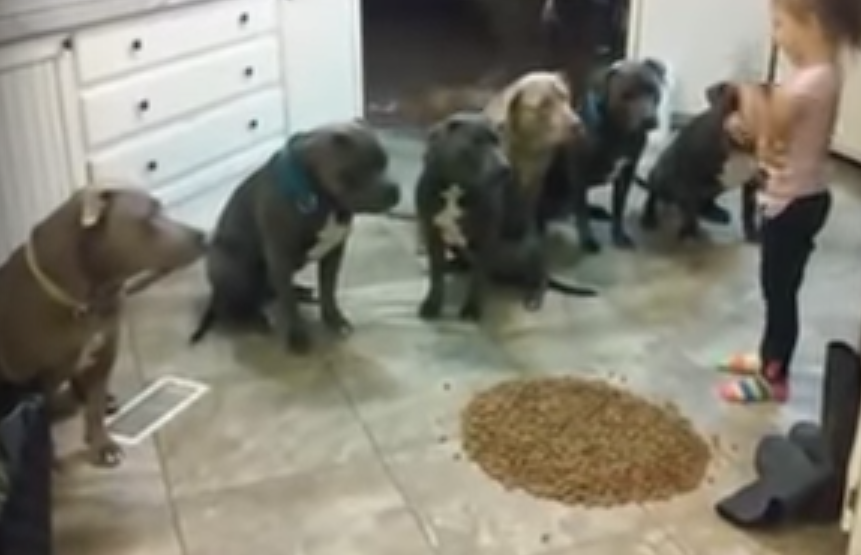 Even when the girl finally gives the approval that they can dig in, the dogs are so well behaved while carefully indulging in this pile of food.

The video is a perfect example to show us how dog behavior does not necessarily depend on the breed but rather the behavior of the humans surrounding it. Nature before nurture after all right?

Do you agree that this is the cutest thing you have seen today?