Home Animals Hurricane Florence traps dogs on porch who luckily gets rescued by a...

With Hurricane Florence’s flooding in North Carolina, many brave residents are searching the neighborhoods for trapped people and any pets left behind.

In the video below, two brave men come to two dogs’ rescue as he is trapped in a porch. After making sure that there are no residents trapped inside, the two rescuers take care of the dogs left behind. 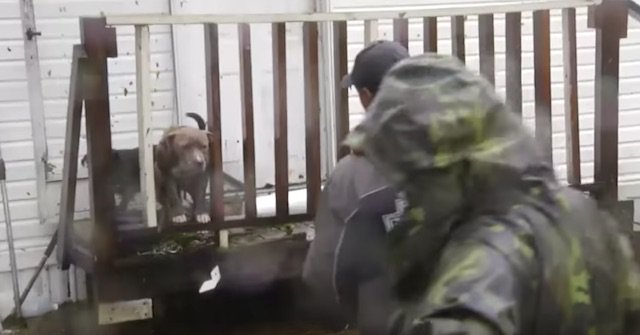 Having been rescued, the two dogs wiggle their tails happily as they are being loaded to a boat. As they are getting out of the affected area, the two rescuers decide what to do with the two dogs. Given the recent turn of events and the fact that rescue shelters are equipped with handling waves of animals left behind, the rescuers believe that for the moment the two dogs will be safe. 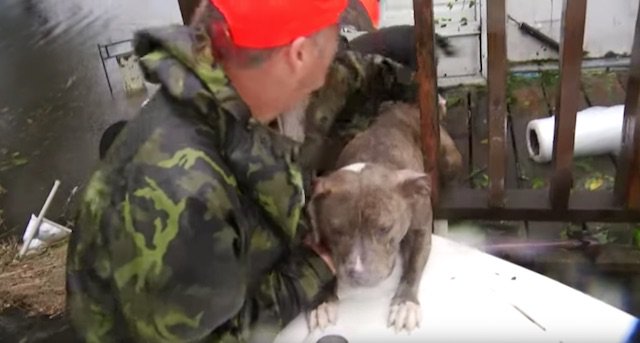 This is not the end of the story however. After rescuing the dogs, the pair goes back only to see a cat fighting for its life in a body of water nearby. Turns out, there two not one cat. 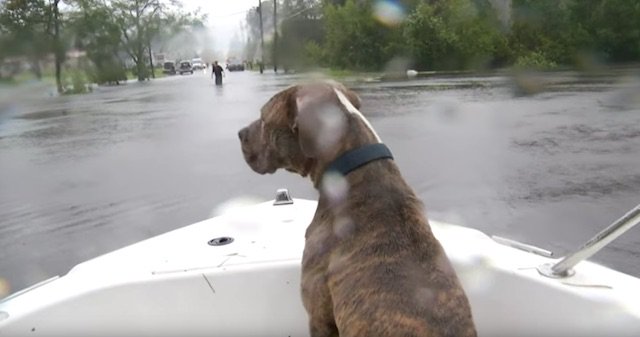 You can see the animals being rescued in the video below. Take a look. 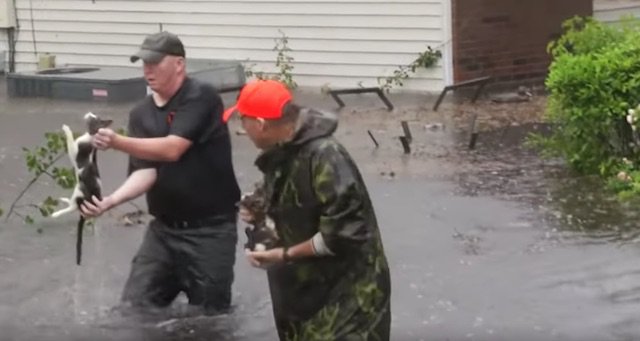