Home Animals Is that a Fart? Dog Farts, and Cat has a Nice Comeback

They say you love someone the moment you’re comfortable farting in front of them. Not all might agree to this, but that’s what some believe and say.

It seems like the dog loves his owner so much so he so comfortably farts in front of him.

The story goes like this. The owner of the pets is just casually recording them. Everything seems to be quite and nice, until the unexpected happens. 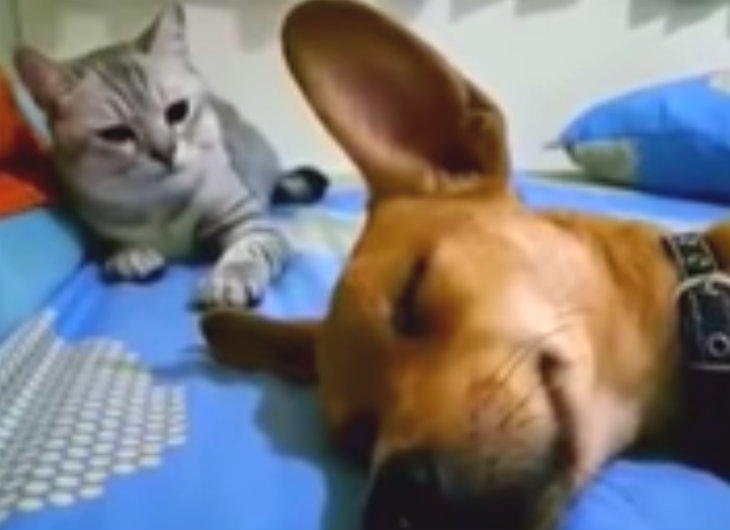 I guess he could not help it. Sometimes releasing gas is not something someone can control, be it a human or a pet. However, while some are disgusted by farts, some find them very funny.

But the cat in the video is on the team of the former. She seems to mind that her friend farts. Have you seen another pet before who minds this so much? Well, us neither. 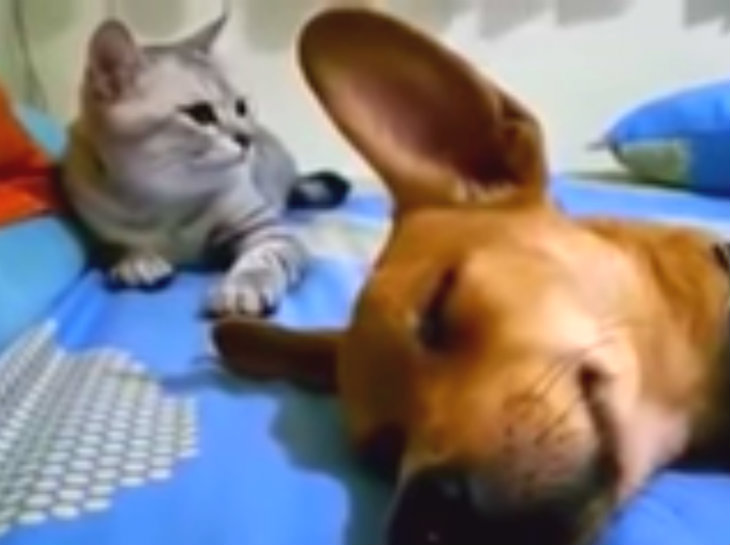 What happens in the video is that while the dog is snoozing, it seems like he cannot control the gas. He, however, continues sleeping, as if he had no ideas of what had just happened.

But the cat’s reaction to this occurrence is beyond amusing! Words won’t do justice to what this video shows, so it’s better that you go and watch the video for yourself.