This video looks pretty normal at the first glance of a man carrying a stuffed ‘toy’ in the city of Shenyang of China. After one looks closely to it can be seen that there is more than meets the eye.

At the beginning of the video a man is seen with a small stuffed toy dog on his arm. 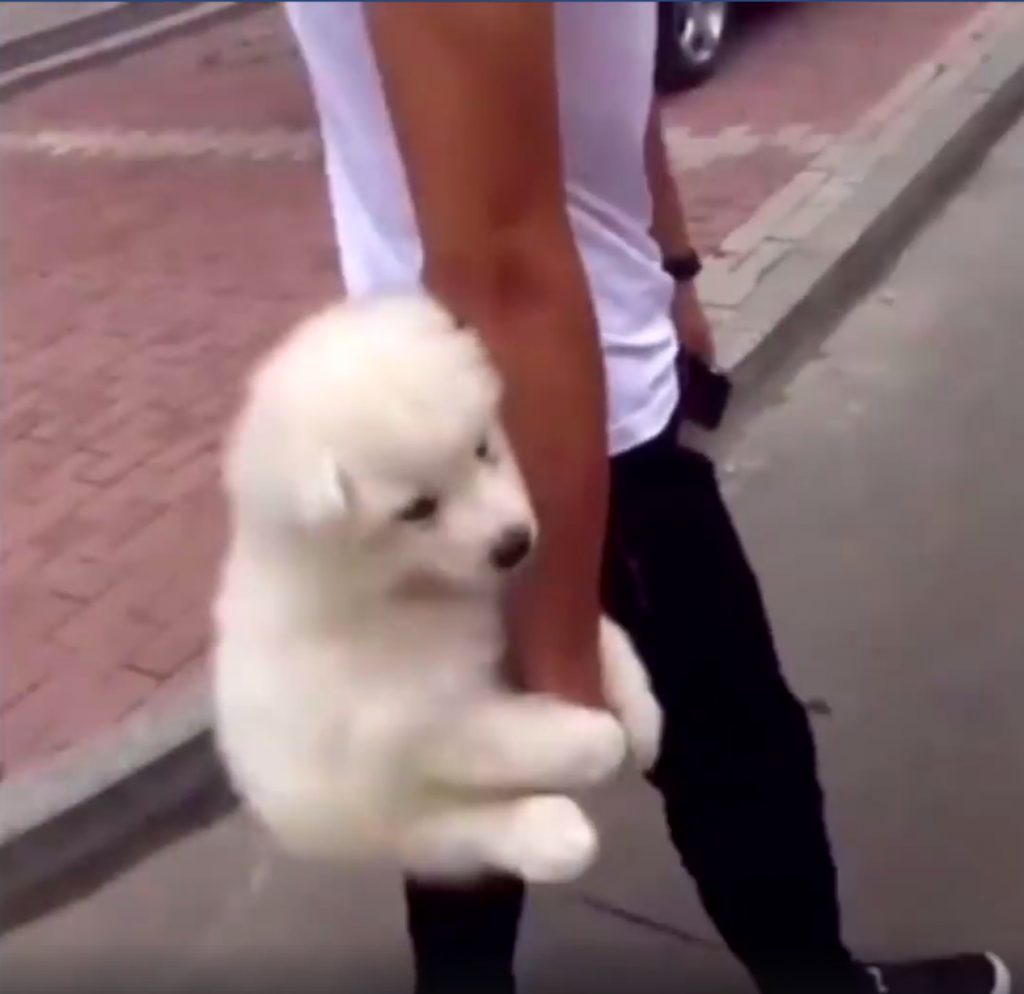 However, it is not normal for a puppy to be held like that.

Then it is understood that this toy is not really a toy but a small Samoyed puppy and he can be heard saying ‘Look at my dog, how lazy he is..’ 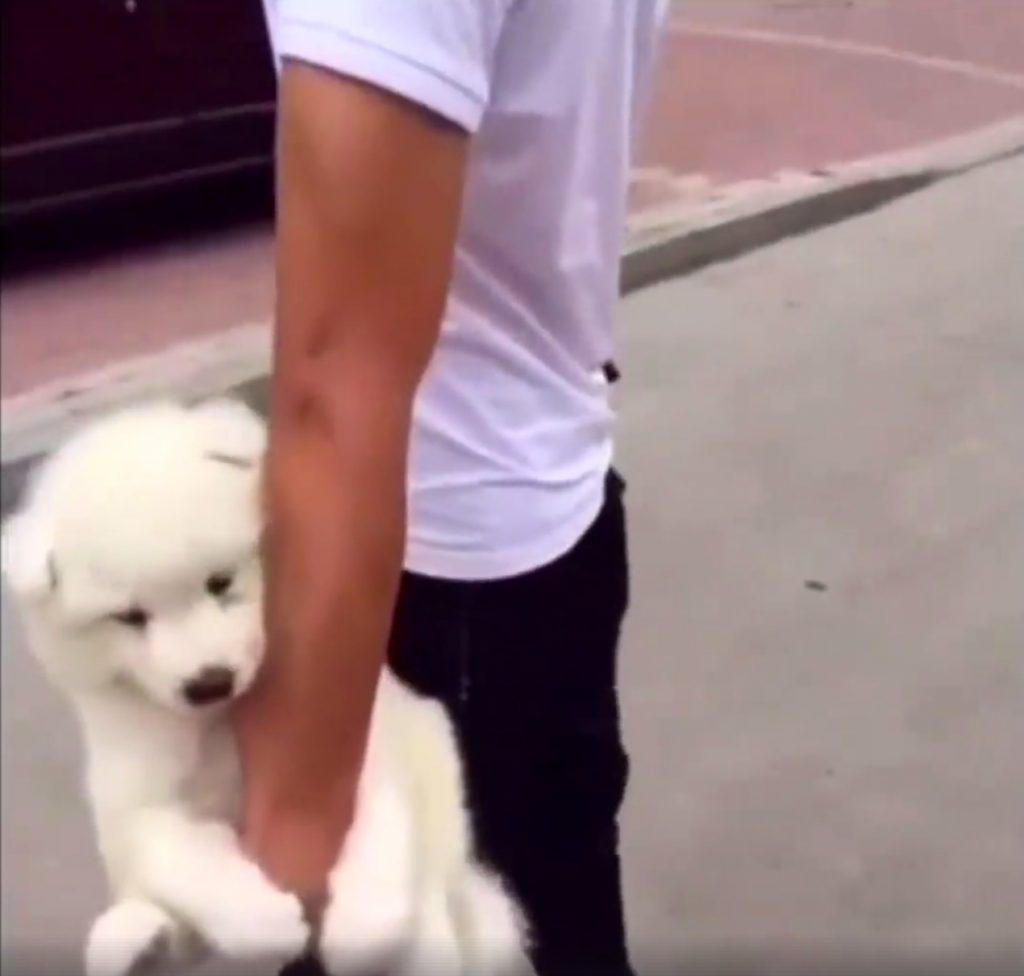 This sweet fluffy puppy is clinging like a koala wanting a free ride.

Dogtime.org says that these type of dogs feel very happy when they are around people and being alone they feel miserable. Probably this is the reason why the man is holding it close and the puppy doesn’t want to leave him alone.