Home Animals Officer saves kitten from the snow; the latter decides to climb on...

An officer from Platteville, Wisconsin ended up rescuing a cat on a full-moon night one of these days. Matt Froiseth from Platteville Police Department was out in Highway 151 when he heard a little cry that sounded like a kitten. He decided to follow the sound further and found himself suddenly surrounded by three feet of snow. 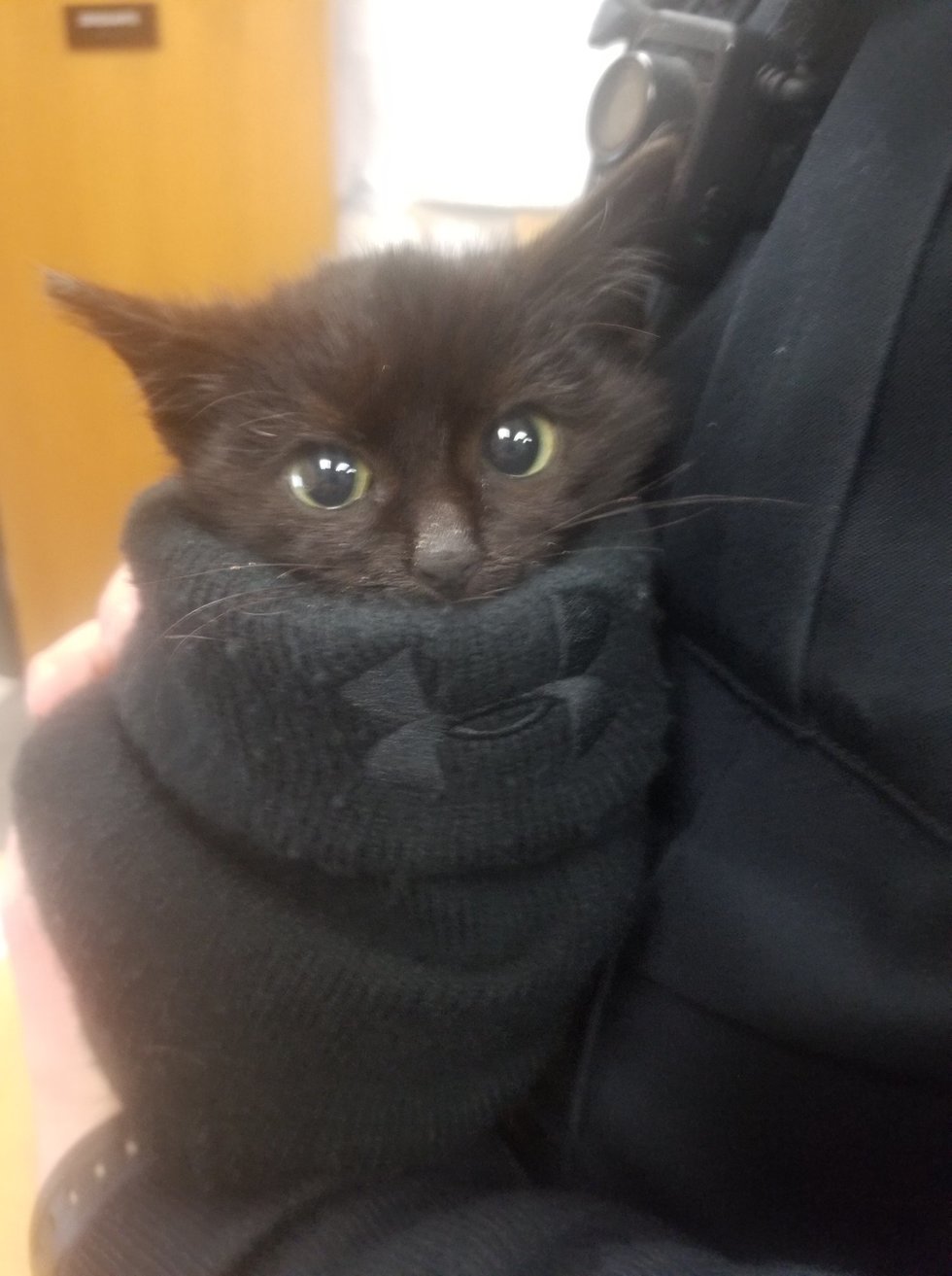 Even though there were no visual cues that would make him believe the kitten is nearby, he could its cries so he decided to dig further. He found the little kitten stuck in the snow and rocks. The kitten was pitch black and had a pair of big eyes that pleaded for help. Froiseth shuffled through the snow as fast as he could and once he got the kitten safe, he headed back to the car to make sure the pooch is all warmed up. 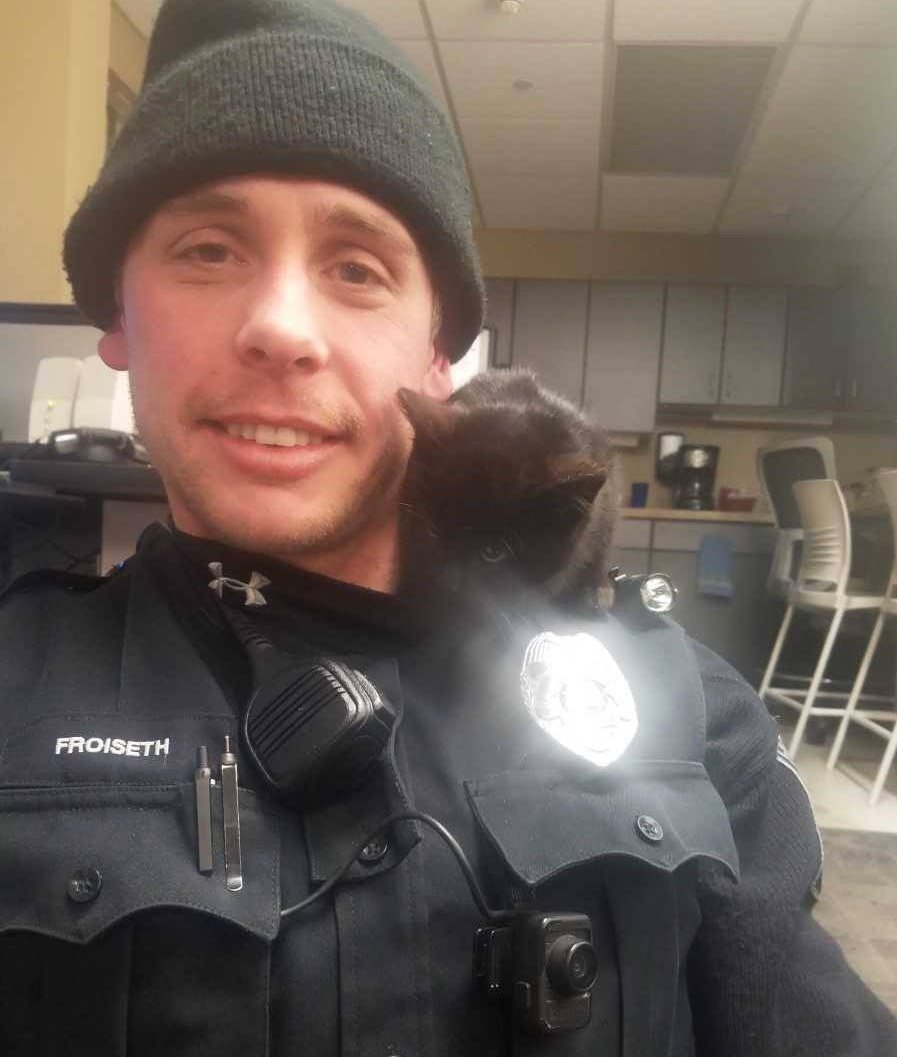 Sure, the kitten was cold, but at the same time very happy to have been rescued. She was also in so much need of a cuddle and ended up not leaving his side that night at all. 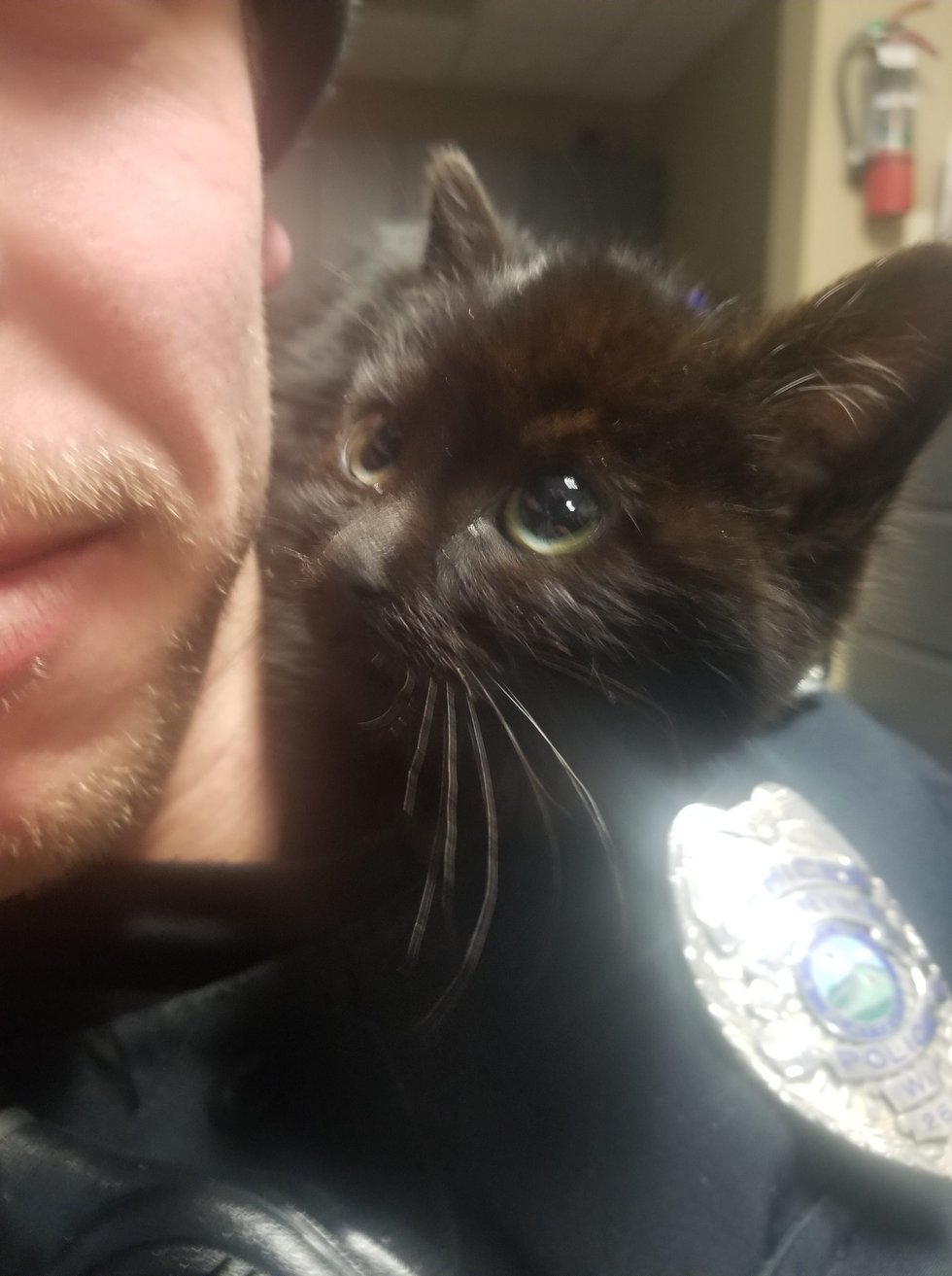 Froiseth brought the kitten back to the station initially and wanted to find him a good home after he was checked out by a vet. However, the kitten was all snuggled up in his hat, playing clingy, so Froiseth decided he could take him to the vet as soon as the kitten gathered the needed energy. 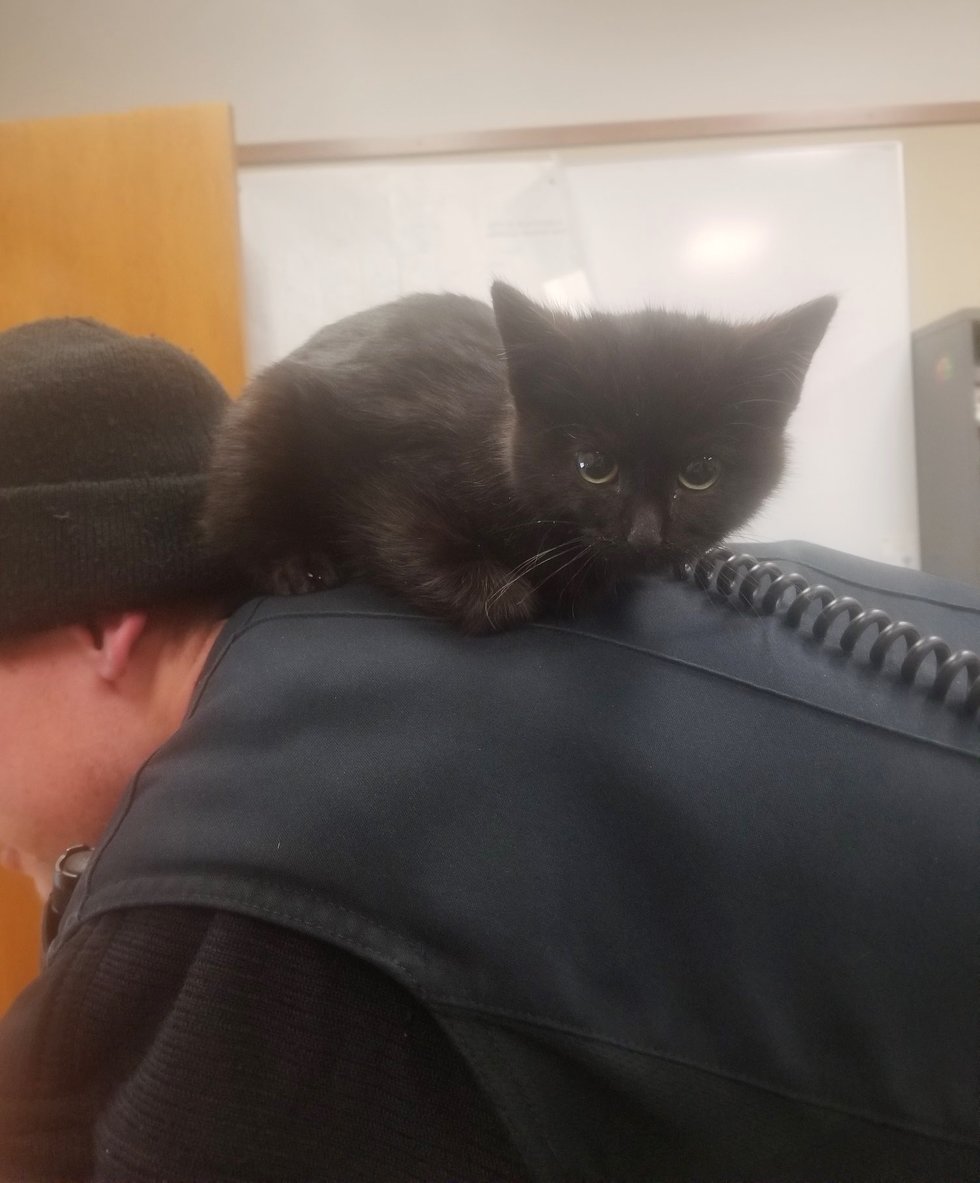 After getting him to the vet and making sure he was okay, Froiseth knew that it was now time to get the kitty a home. The kitten however knew exactly what he wanted and had found the perfect home already, for he would never leave Froiseth’s sight and loved to nap on his shoulder. 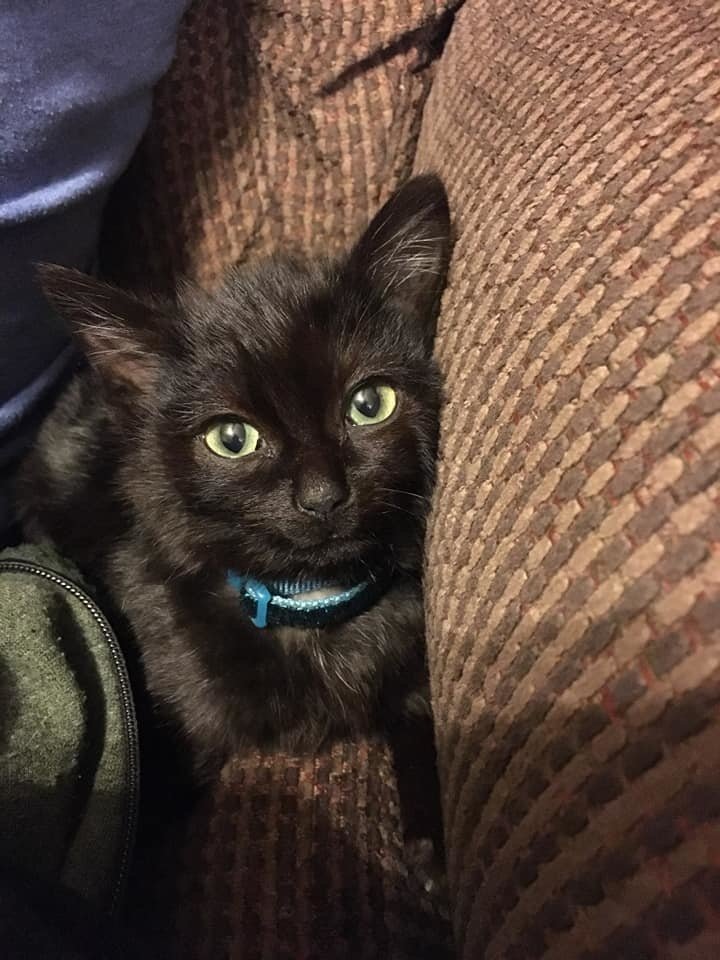 After a while, it was clear to Froiseth as well that he had no other choice but to keep the little one for he had bonded with him equally much. The police department said in a Facebook update that as they had hoped, it was love at first sight between the two. 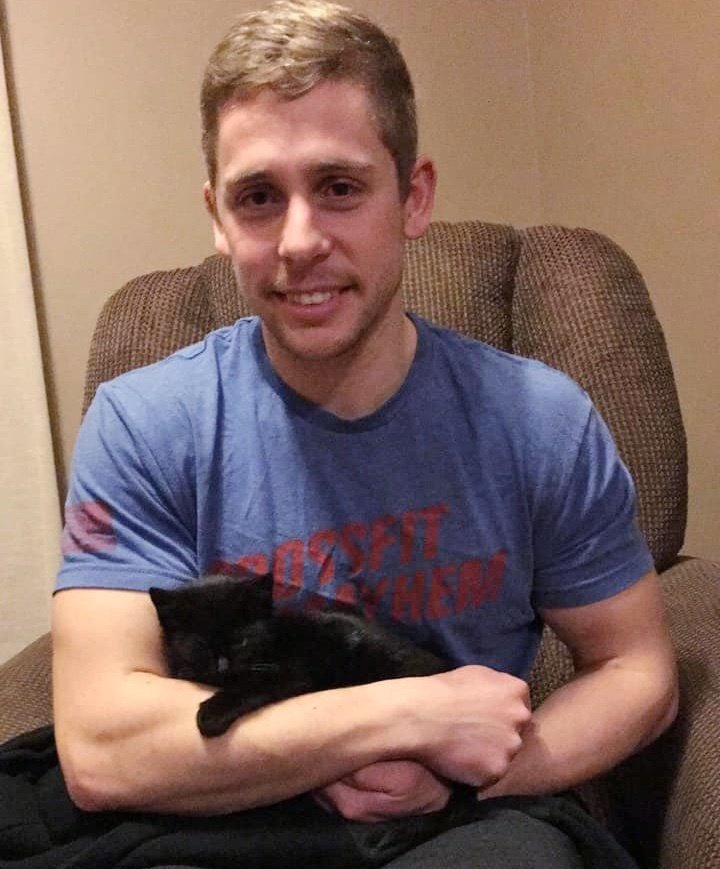 He decided to formally adopt the kitten and named him Donut. Over the next days, Donut took a while to adjust living inside the home but he was getting used to it by the day.

He follows his human almost everywhere and nothing seems to make him happier than being in his owner’s arms. Donut seems very appreciative of the fact that he was saved that night, and so won’t leave his human’s sight and will follow him around whenever he can.

Perhaps, this is Donut’s way of showing gratitude toward Froiseth’s action.