Home Animals Pomeranian pooch goes crazy over coconut, growling at anyone who as much...

A Pomeranian dog showed her owners who the real boss of the house is when they tried to take away a coconut she was drinking from. The piece of fluff growled and barked angrily every time her humans tried to get close to the refreshing drink of hers.

The clip shows the dog pinned on the table, very protective of her drink and amazed by it. Filmed in Bangkok, Thailand, we can first see the pooch getting overly protective of the coconut when the person filming starts getting closer to her territory. Another person then touches the dog’s head, making her growl and yap even louder. Minutes later, they try to approach her again but she is not giving way. 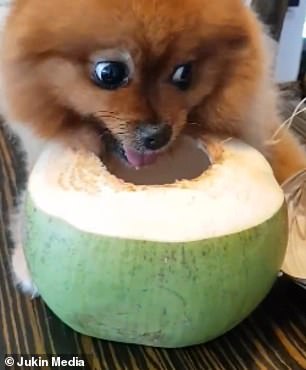 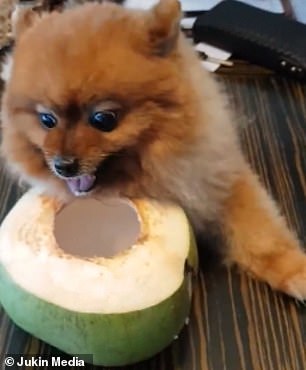 As the camera goes on filming, the agitated dog can be seen licking her lips and snarling. 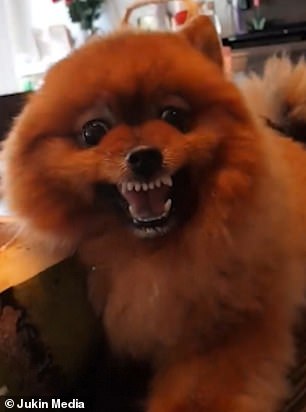 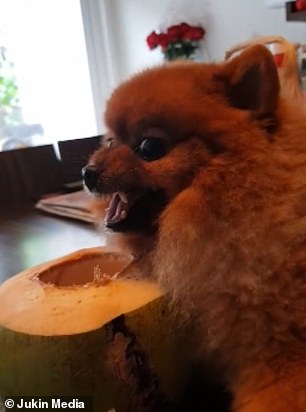 As a final attempt, the owners try to put a woven case on her head which makes her set off even more. 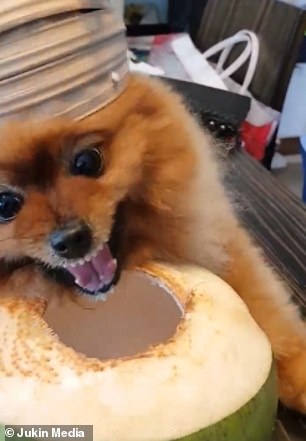 If you look closely at the coconut, you can see teeth marks all over it, with new ones being added as the dog chomps on the fruit. If there is one get away from this video it is clearly the fact that no one, and we mean NO ONE is getting close to this dog and her toy/fruit.