Home Animals The photos of a gorilla being friends with a little bush baby...

Get introduced Bobo, the 400 pound Gorilla with the kindest soul. 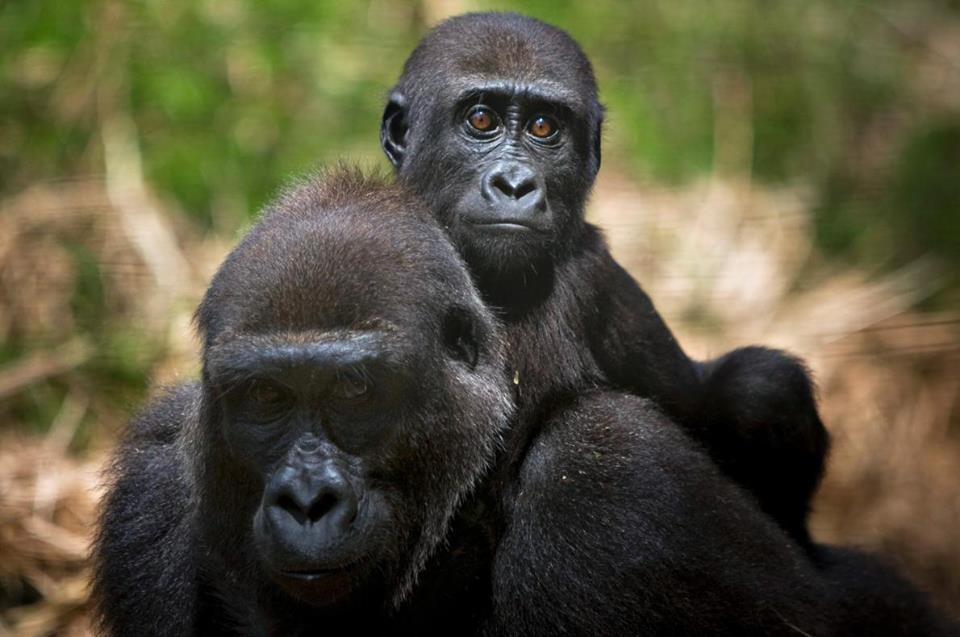 Bobo first came to the sanctuary when he was two years old after his mother was killed by poachers.  Most of his days he spends with other gorillas especially with his favourite female Avishag and their son Eto’o.

Being the biggest in the group, Bobo is also the leader of silverback gorillas. However, he has the reputation of being kind and gentle to the others and wouldn’t even hurt a fly.

“Our silverback gorilla Bobo made a surprising new friend this week — a wild bush baby!” Ape Action Africa wrote on Facebook. “Caregivers discovered him cradling the tiny primate during their morning checks, and were amazed to see him handling it with the utmost care.”

Bobo very gently held the bush baby in let it crawl in his arm. They played for hours together and Bobo was very careful and made sure he never hurt the tiny creature.

Other creatures were very curious about Bobo’s new friend, however he never let the other get close to the bush baby because he was scared they might hurt it. 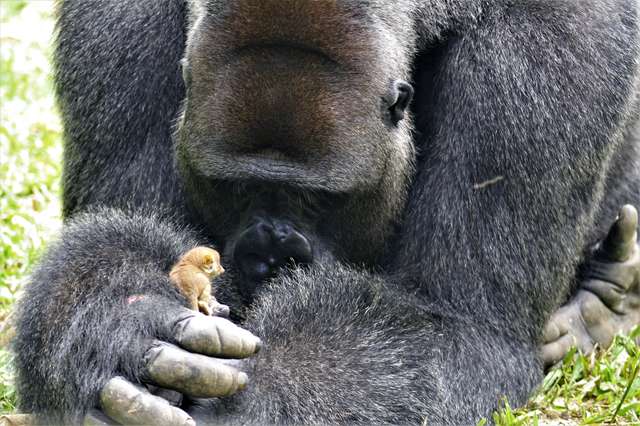 “Bush babies are usually nocturnal so it is very rare to see one, and even rarer to witness this kind of interaction,” Ape Action Africa said. “The little bush baby was happy to play in Bobo’s arms, hopping off to explore the grass nearby, before returning to Bobo’s hand.”

Hours after playing with the baby bush, Bobo put the baby back to the trees where he saw for the first time and the baby happily jumped to the branches.

Check out the video with your friends and closed to see the sweet acts of the huge gorilla.