Khambrel Marshal is  a TV meteorologist  and is the best at presenting and predicting  weather forecast. However, he couldn’t predict  who will appear next to him live on TV this week.

Weather forecast is not of one those amusing part of the news and not everyone waits for it to listen because nowadays people can see weather forecast in the apps in smartphones.

While the man was reporting about the weather forecast he forgot to mention that there is a chance of a dog appearing on the screen. 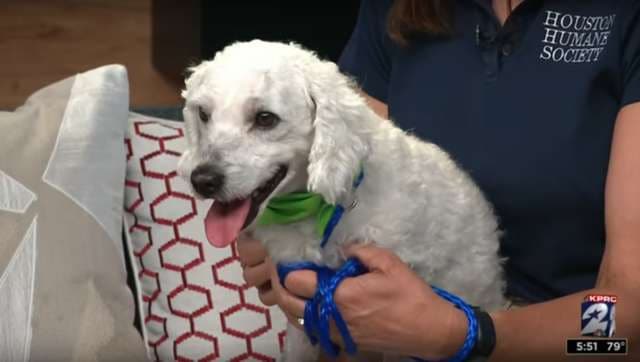 Something white and fluffy appeared on TV at one moment and although it might have looked as a cloud from east, it was actually a cute little puppy that was so excited of appearing live on TV.

This adorable puppy was supposed to appear later on TV, but is seems like he couldn’t wait to get there. The audience thought that this was the cutest thing to ever see. 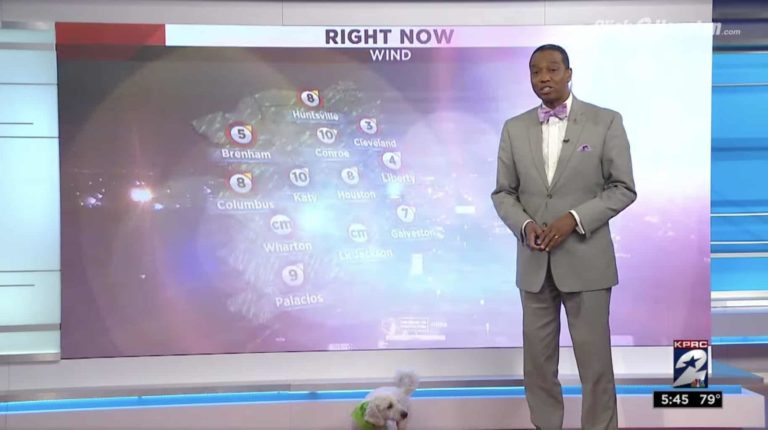 When the presenter saw the little puppy, he managed to handle the situation like a real professional would do and welcomed the little puppy in his arms. He continued doing his job while carrying it in his arms and explained to the audience how the dog owners can protect their pets from the heat that was about to come.

Everyone who saw the scene is amazed by the little puppy and say that he makes an awesome duo with the host together. 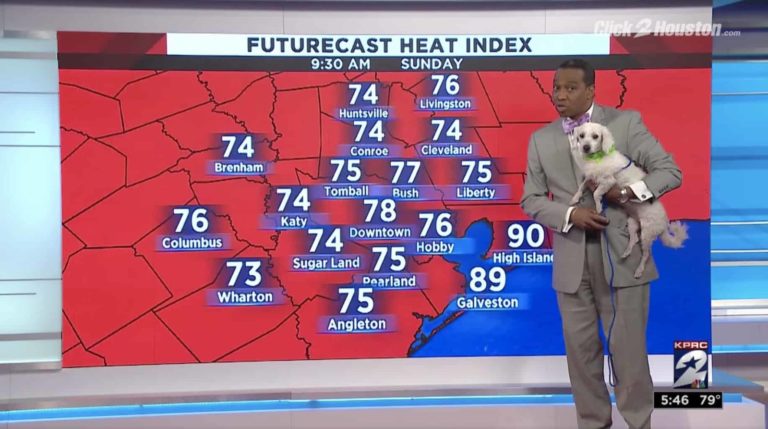 Probably anyone from the audience who saw the scene will decide to adopt the puppy cause he is very famous now.

To see the whole scene, click on the video below.