Three puppies were in risk from a drain. However, they were rescued and reunited with their mother, and it made it into one of the most adorable videos.

Saurav Bor Kataki, the dog owner, was in his house when the mother puppy came to him in a desperate state because her three puppies were stuck.

Kataki, the owner of the dogs, made a plan and was helped by other people of the neighborhood as well. Together, they made this story a success, and made it to one of the most adorable videos.

The video you will see shows a numerous number of people helping the puppies to get out of the problem they were finding themselves in. They are seen digging the drain and they kept digging up to the point when the cover broke enough so the puppies could get out, and finally be rescued. 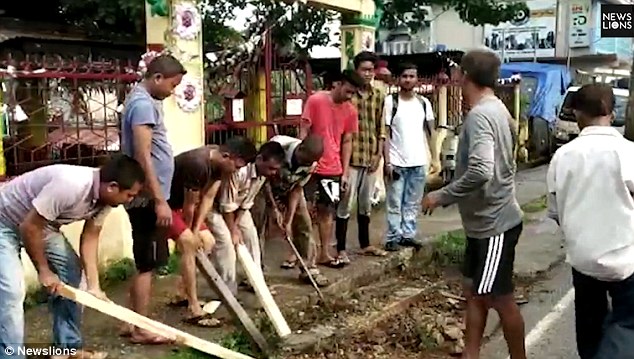 It took more than an hour for a lot of men to dig the cover and help the puppies be rescued. 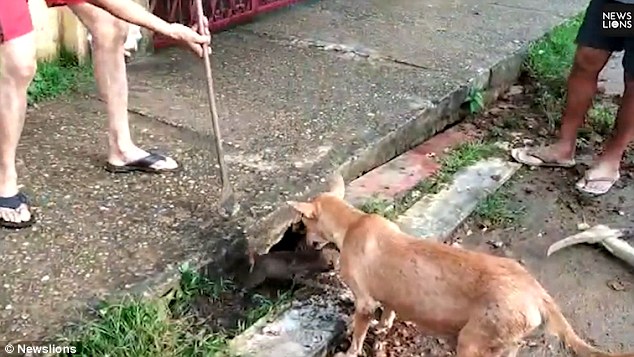 As you can in the video as well, you can see the mother of the puppies trying to convince her young ones to come out of the cover.

Kataki said: ‘I came home from work and was about to go inside when the dog came to me looking desperate, it then ran towards the drain pointing to her stuck babies. I immediately went inside and brought the excavator to dig out the drain covers as the puppies had gone far inside the drain and were unable to come out on their own.’ 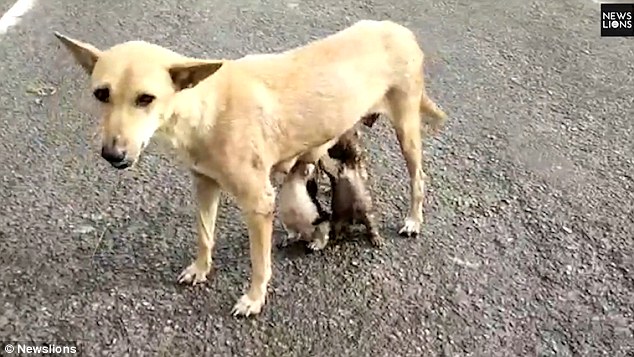 Thankfully, the three puppies came out of the cover, and they were reunited with their mother, who was so worried when they were stuck in the first place. 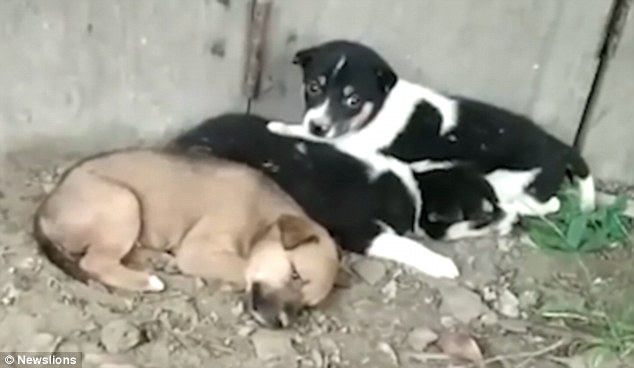 The puppies were reunited and very happy to see their mother.

Kataki said ‘Soon many people joined in to help me rescue the puppies, I have been a wildlife activist for the past fifteen years and have been working towards rescuing animals.’

‘The babies were hungry, soon they got out of the drain they ran towards their mother and started drinking milk, they seemed very hungry, it was quite a moving scene.’