It is well known among the 21st century society now that dogs are the most loyal companions out there that simply love to be around their humans. Sadly however, most of those humans work, so the time they get to spend together is limited. Stanley the dog, knowing that it would take a while for his mom to come back decided to take matters on his own paws and give her a call.

According to his dad, Stanley is a clever boy. When daddy was in the room napping, Stanley went into the kitchen and called his mom on the phone- all of this his own initiative.

His dad then heard the phone ringing and decided to follow Stanley into the kitchen, filming the whole conversation. Sure, if Stanley was a human, this all might sound a little strange and off. But keep in mind that he is just a dog- a very smart one at that. 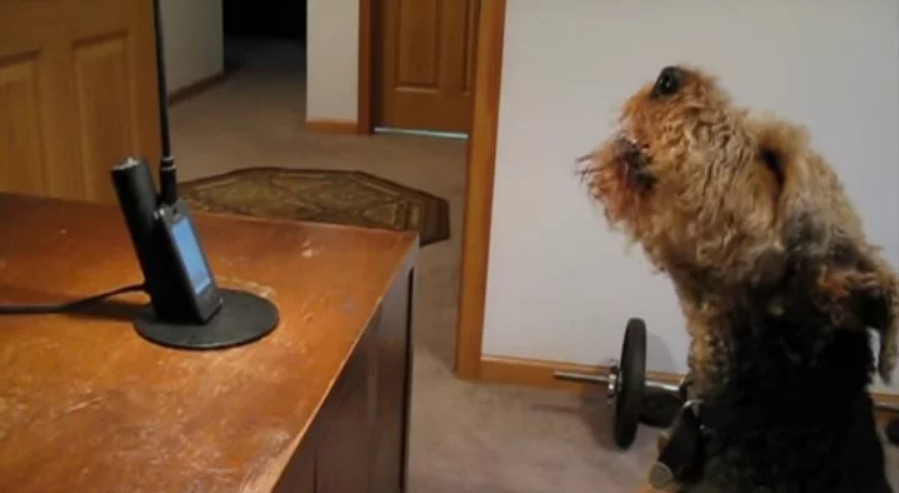 At first, Stanley was caught off guard when his mom answered on the other end of the line, but he soon managed to find his howls, so he began howling with sadness.

Perhaps he was begging his mother to come home already. The emotion in his face as he makes the call and “talks” is indeed a plea to mama to abandon her job and come home to play.

Despite his protestations however, it is impossible for mom to take time off work so Stanley has to wait until the evening for the reunion.

We just hope they will get to reunite very soon and Stanley will over time get used to the idea that he and his mom have to part ways from time to time.