Home Animals (Video) This brave man puts his life at risk while trying to...

Rick and his family were taking a family trip to Detroit zoo when they all came across a chimpanzee that was drowning in the moat around its enclosure. Jojo (the chimp’s name), had slipped into the water while trying to escape from a more aggressive ape that was running after him.

Zookeepers were aware of the situation but they were too scared to enter the enclosure and save Jojo. They knew very well just how scary and dangerous an angry chimp could be. Rick however leapt into action and decided to plung in the dark waters to save the chimp. 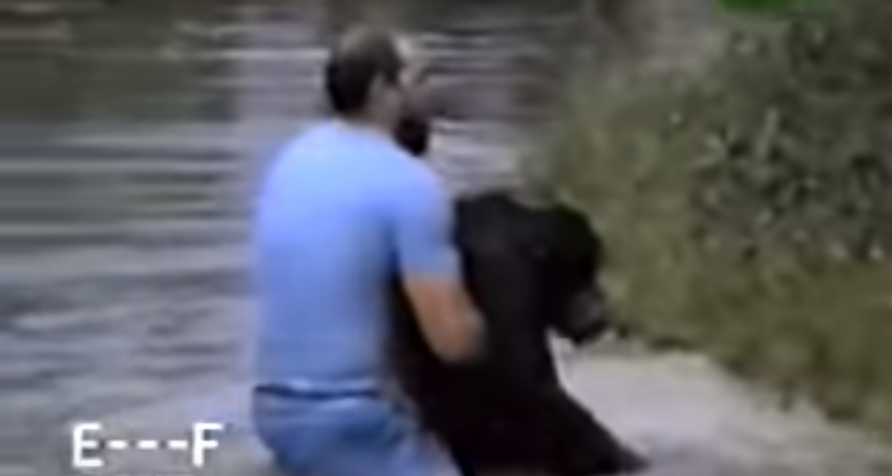 As he manages to get a hold of the chimp,  he can barely keep his head above the water as he is carrying the chimp back to safety. On-lookers were completely baffled and kept yelling to others that Rick is clearly in need of help, screaming “Somebody help him”. Rick however managed to save the chimp all by himself!

Rick miraculously manages to get himself and Jojo back to dry land. While still slipping back into the water, he takes his time, making sure that Jojo is safe. At first, Rick claims, he was unsure whether Jojo was lifeless because he had just been standing still upon arriving on dry land. But Rick says that as he turned around, he saw Jojo staring right at him so he knew he was well. 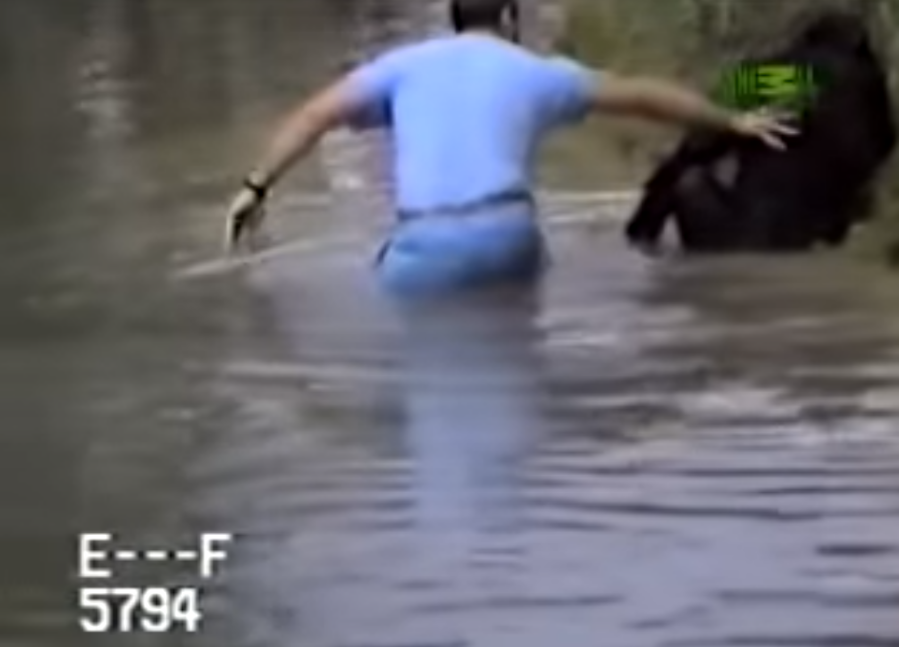 Once safe, Rick thought smartly and decided to head back to the human part of the moat, cleverly avoiding a potential attack from the angry chimp’s side. Rick ends up getting a round of applause from the on-lookers, as deserved.

Question is, would you dare to make the leap like Rick did? We don’t know what was going through his head, but whatever it was, we are glad he jumped right in, saved the chimp, and managed to get out without a scratch.