In a utopia, there would be no creatures-humans and animals alike- living on the streets. Sadly however, we do not live in a perfect world and there are hundreds of homeless humans and animals out there. When a homeless dog was taking shelter outside a café, a woman passerby couldn’t just ignore the whole ordeal so she had to stop.

Many people would just walk by a shivering animal, but luckily there are enough people out there who care to stop.

When a woman stepped outside a café in a rainy weather, she encountered a homeless dog nearby. Instead of walking by, she knew she had to stop and help the poor, homeless pooch.

She did it out of pure kindness of her heart and had absolutely no idea that there would be a security camera nearby capturing her whole act. 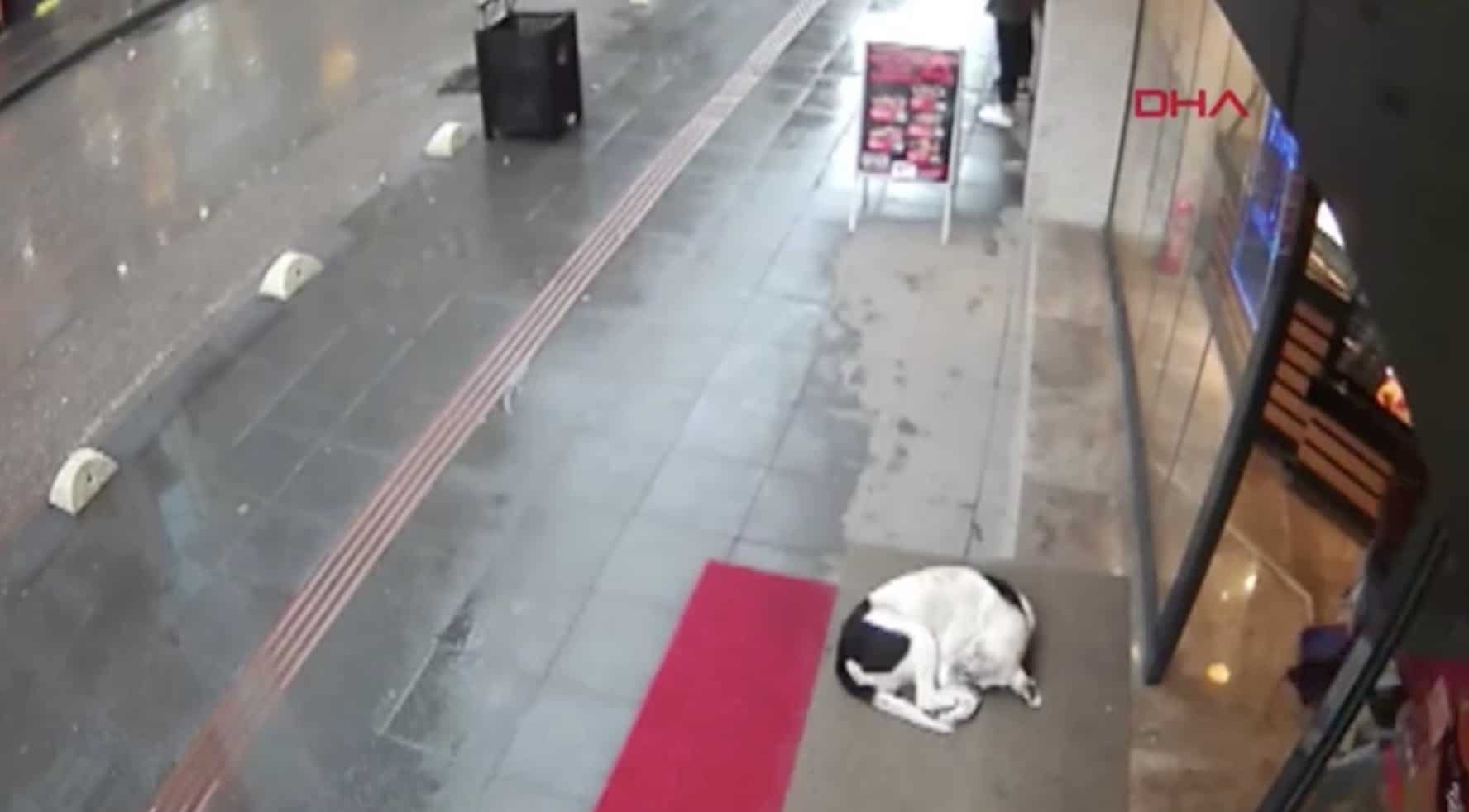 The event took place in Zonguldak, Turkey. As she was preparing to step out in the rain with her umbrella opened up, she stopped. She noticed the dog was trying to get as close to the café as possible to avoid getting wet in the rain.

You can even see for yourself in the video that she contemplates a little bit as to what to do next. What she does decide to do however melts all of our hearts away. 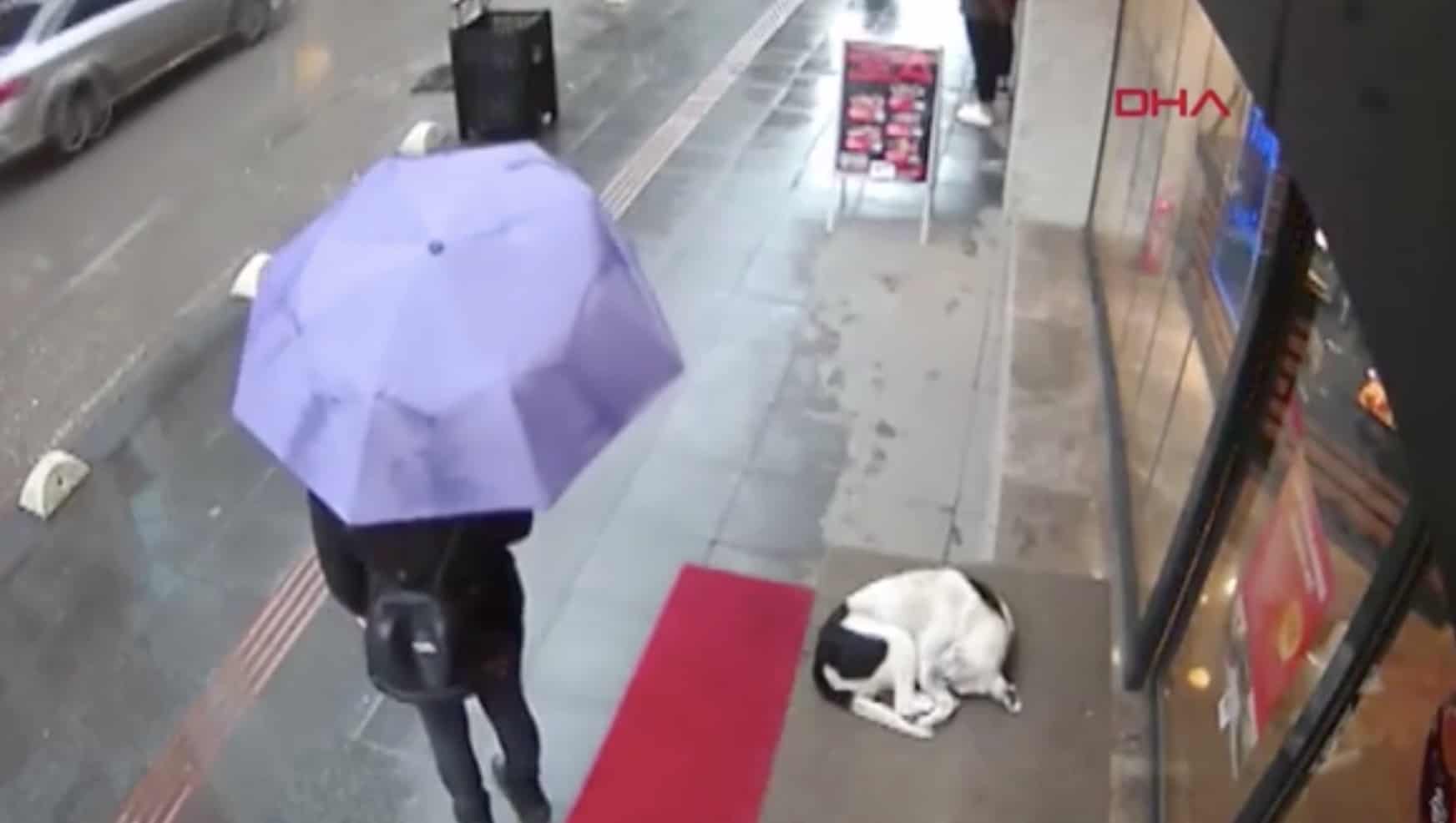 Her interaction with the dog has been posted on social media and even the press, and people are praising the woman’s kind actions.

Because of the popularity it got, a friend noticed the woman and identified her as Duyga Elma. Duyga herself couldn’t believe all the publicity she got and responded to the video with the following words:

“I couldn’t imagine that my actions would receive this attention. I’m very surprised about it. The weather was so cold. I just couldn’t take it when I saw him shivering.”

We wish we will get to encounter more humane acts like this of Duyga’s. It makes this world a better, kinder, and safer place to live in.